Reg Jans’ deep passion for WWII began as a boy after talking to his grandfather (who had been wounded in 1940 while fighting in France with the Belgian Army) and watching moving picture footage of the D-Day landings, parachute drops over the Netherlands and snow-covered foxholes in the Ardennes. His grandfather’s death signaled a turning point for Reg, along with the realization that freedom does not come for free and historical knowledge should be preserved and passed on.

A true historian, Reg is a collector of information, constantly striving to build and archive the giant puzzle left behind after WWII. Preserving the legacy of the finest young men who paid the highest price for freedom.

For the last ten years although Reg has been guiding on the European battlefields from Normandy and Operation Market Garden, he has become better known by his distinguished in-depth research on the Battle of the Bulge. He has been acknowledged in books by many leading historians including: “In the footsteps of the Band of Brothers” by Larry Alexander, “No Victory in Valhalla” by Ian Gardner, “Glider Infantry Men” by Kevin Brooks and “From Toccoa to the Eagles Nest” by Dalton Einhorn.

More recently Reg successfully conducted a tour for a White House delegation who included the pilot and crew from “Marine One” and the USMC pilots from the Presidential Helicopter Squadron HMX-1.

Internationally regarded as both battlefield guide and friend of the WWII veterans, Jans does not hold a degree in military history, but possesses a devoted passion and enthusiasm that has made him the “go to guy” for many organizations and historians around the world.

In 2016, Reg hosted the cast of the HBO success-serie Band of Brothers in Bastogne. 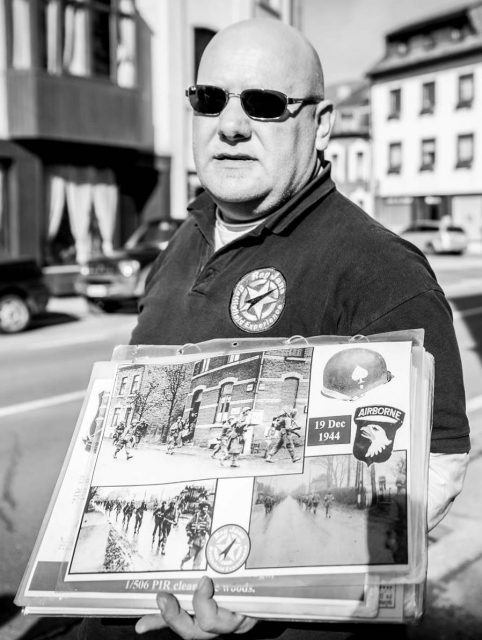 Reg Jans is an honorary member of both the Tri State Mid-Hudson Chapter of the 82nd Airborne Division and the Airborne Demonstration Team, Oklahoma. 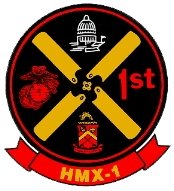